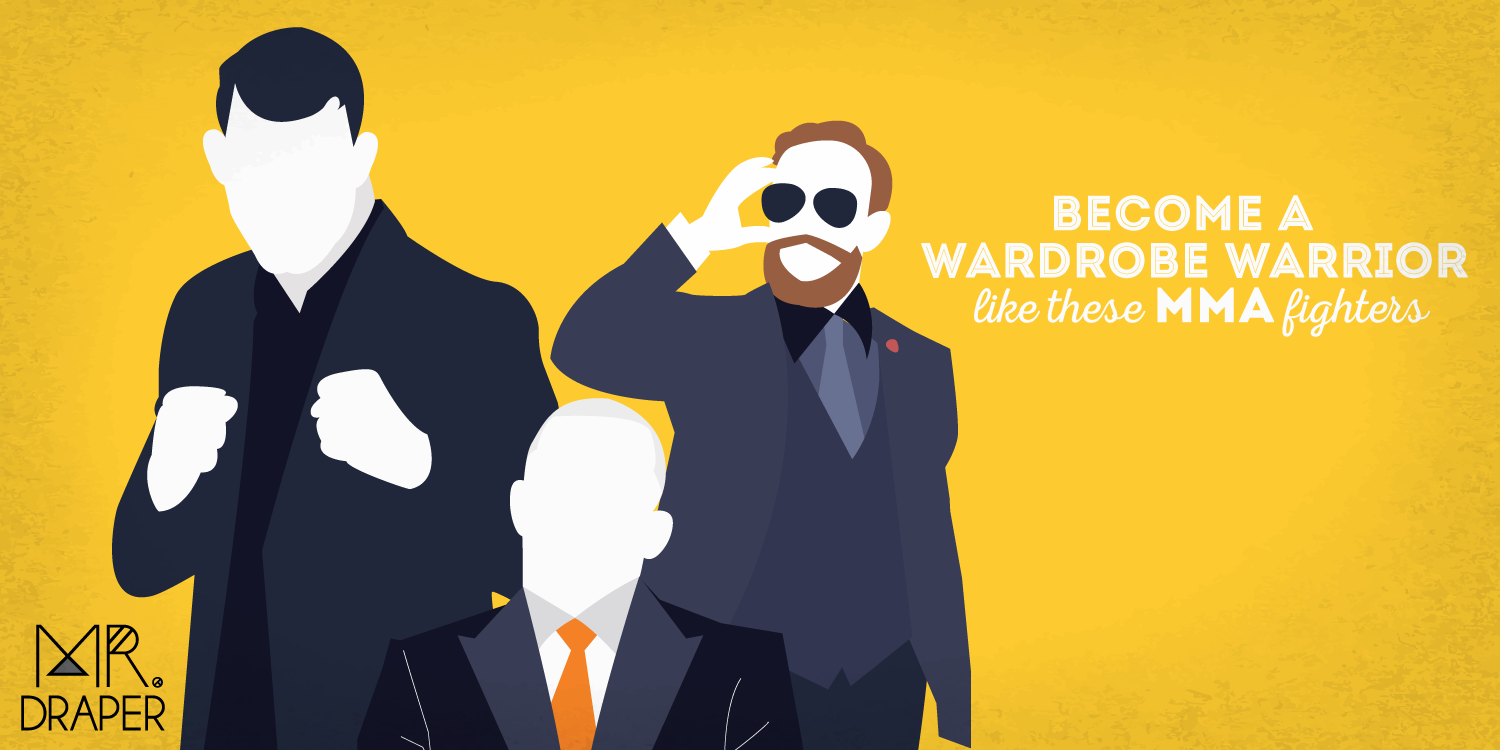 Surely there is no greater exponent of the match fit man than a Mixed Martial Arts (MMA) fighter. Led by ‘The Notorious’ Conor McGregor, UFC’s mega-stars have taken pre-fight swagger and in-your-face peacocking to a whole new level. We’ve studied the world’s finest MMA athletes to pinpoint the clothing choices that give them knockout confidence. Now we’re aiming to take a leaf out of their game book to get you ready for battle, no matter what arena you’re in.

Getting fighting fit and ready to face the world involves many things: health, fitness, mental toughness and, of course, some killer threads. It’s no coincidence that confidence and charisma go hand in hand. But it’s not something that happens overnight. Even the most self-assured of men will still have the odd off-day when they’re not at the top of their game. Which is where clothing can be so important to project an air of invincibility.

Five of the best!

In the first round, we’re profiling the French-Canadian born MMA professional and former three-time UFC world welterweight and one-time Middleweight champion, Georges St-Pierre. He is believed to have taken up martial arts at the age of seven to defend himself against a bully. His taste for combat sports led him to dabble in boxing, wrestling and Brazilian jiu-jitsu before rising through the MMA ranks to become a global phenomenon and the first to don a 3-piece to press conferences along the way. But out of the ring, what’s GSP’s go-to choice of wardrobe styling? 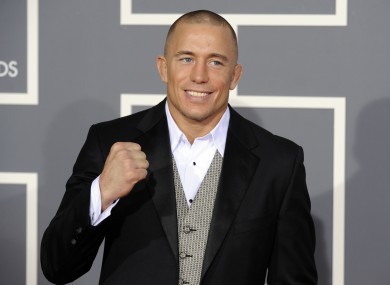 Well, ‘Rush’ is a clean cut kind of guy and this is reflected in his clothing choices. St-Pierre traditionally arrives at press conferences dressed in a sharp tailored suit and tie. He’s also been known to arrive at the arena on fight night in a full suit – no doubt drawing confidence from man’s most powerful uniform. It’s no surprise that St-Pierre is widely respected for being an elite fighter first and foremost and a class act in the wardrobe department.

When it comes to low down and dirty, British fighter and former UFC middleweight champion, Michael Bisping, has the rugged ‘bad boy’ look down. Despite relinquishing his title to Georges St-Pierre at UFC 217, this Manchester fighter’s long-running career (which is rumoured to come to a head this year with retirement beckoning) saw him become the first British UFC champion. But what about outside in the fashion world? 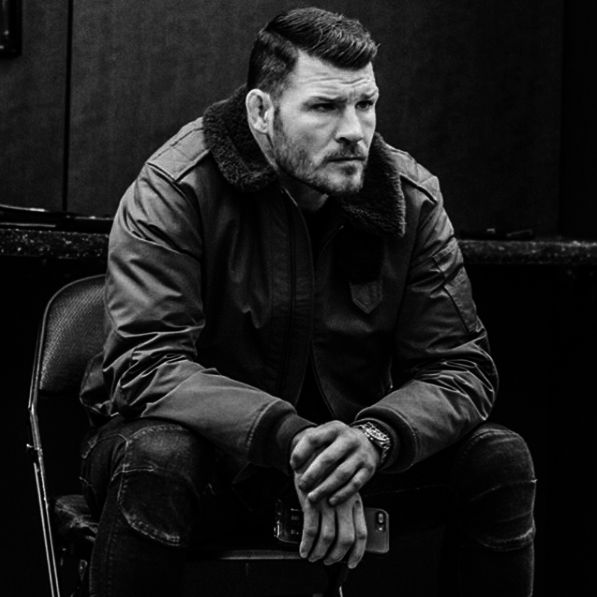 Bisping is the other side of the coin in comparison to Conor McGregor when it comes to his wardrobe choices. Although we have spotted Bisping in a variety of suave suits, ‘The Count’ tends to opt for either the simple black T-shirt look or a relaxed but smart open shirt and blazer combo. If you’re looking for a rugged and relaxed kind of wardrobe champion, then Michael Bisping could be the MMA inspiration you’ve been looking for.

You’d have to have been living under a rock in a galaxy far, far away not to have heard of Conor McGregor. When ‘The Notorious’ isn’t hitting headlines, or competitors’ chins, tongues are regularly set wagging about his more outlandish and ‘out there’ choices of wardrobe styling. The Dubliner’s sense of flair means that he’s very much the peacock in the room. Whether it’s pulling off the sharpest suit in a deal-breaking meeting or trash talking in a stylish T-shirt or polo, this Irish dandy certainly knows how to handle himself – both in the octagon and in the fashion world. 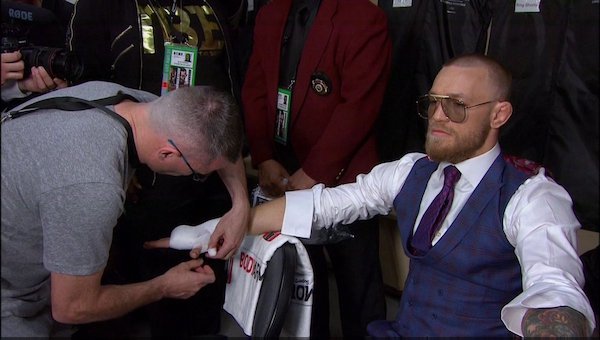 There can be no better example of rocking the ‘suited and booted’ look than MMA’s top money earner. From the ‘McGregor Grey’ to crazy checks and even that pinstriped suit for his face-off with Floyd Mayweather (Google it!); McGregor has rocked them all with his own brand of cheeky charm and charisma. Although he is often seen barefoot, McGregor is very much a shoe fanatic, spending a significant amount of his winnings on a wide range of styles and looks. From brogues to sneakers, and from sharp suits with flashy pocket squares to patterned blazers, if you want a look that will knock your opponents (and admirers) off their feet, then look no further than Mr. McGregor for inspiration.

McGregor’s arch nemesis, Nate Diaz, may not be an obvious choice in the MMA fashion stakes. With rumours of a mouthwatering trilogy decider with Conor McGregor gathering pace, Diaz will be preparing to psyche out his Celtic rival with his vastly differing style. Rocking an on-brand, smart casual look, that’s generally black from head to toe, Diaz is as suave out of the cage as he is strong within it. Known for his brash straight-talking, Diaz is not one to hold back his criticism – especially when it comes to McGregor. With the third fight on the cards for 2018, it will be fascinating to see how these two adversaries square up to one another and whether their wardrobe choices will match the hype. 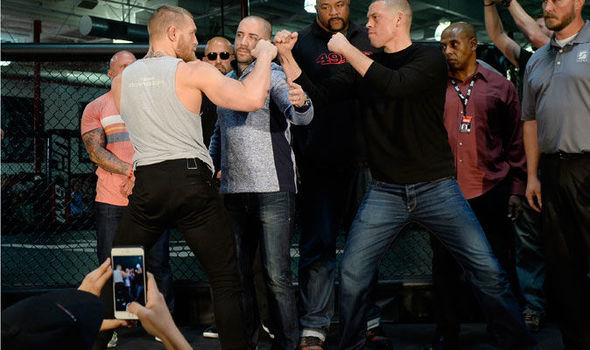 Where McGregor is experimental in his wardrobe selections, Diaz tends to stick to a tried and tested formula. Maybe it’s that consistency and confidence to stick to his guns that helped him to overcome McGregor at UFC 196. When it comes to fighting and clothing, if you know what works for you then there is an argument for sticking to it. So, if you’re a smart casual, top-to-toe in black kind of guy, then by all means don’t tweak that winning formula too much. But maybe think about upgrading to a new set of black threads. After all, you can never have enough black in your armoury!

Last, but not least, we couldn’t leave without including the American business mogul and former CEO of UFC, Lorenzo Fertitta. Along with his brother Frank, Fertitta bought the UFC franchise for just $2 million in 2001 before selling on the global sports phenomenon for a whopping $4 billion in 2016. With that sort of slush fund to play with, and having rubbed shoulders with the world’s flashiest fighters, it comes as no surprise that Fertitta can more than hold his own in the style stakes. 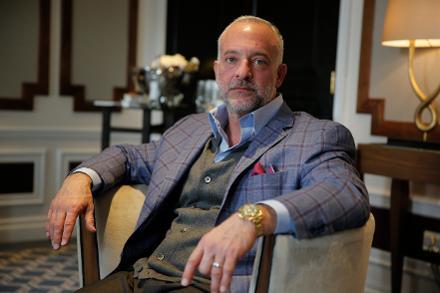 Always the boss, Fertitta prides himself on his smart business look. As much at home in a three-piece suit with contrasting pocket square as he is in a fitted shirt or athletic polo, Fertitta is definitely a style guru with plenty of vision and drive. Dress like him and you too could seal any deal with an unbeatable blend of self-confidence and assertiveness. From checked tailored suits and waistcoats through to immaculately fitting shirts, get the Fertitta look to make an impact.

There’s a fighter inside all of us. So, if you’re someone who wants to win at life, then why not take inspiration from our MMA stars and try to match your look to the fighter you feel most drawn to? Whether you’re a dapper dandy like McGregor or more of a clean-cut shirt and tie man like St-Pierre, Mr. Draper will always be in your corner. Throwing in ideas rather than the towel, we pride ourselves on winning the wardrobe battle for you.

To get started with a tailored suit for yourself, log into your profile and schedule a tailoring session with your Personal Stylist.

If you're not onboard yet you can join our entourage here!

Get Started
More by Mr. Draper