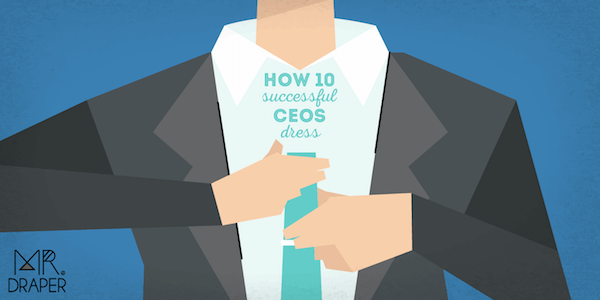 On any given day, a CEO or leader can find themselves in a game-changing meeting or thrown in front of a TV camera. What they wear is an extension of their image and can influence how they’re remembered. We’ve gone straight to the top for inspiration, looking at 10 of the most successful CEOs and leaders, across a range of businesses and interests, to show you how to dress for success.

Possibly one of the UK’s most successful entrepreneurs, Sir Richard Branson is better known for his relaxed approach to workwear than for razor-sharp suits. Champion of the open-necked shirt and dressed down blazer and trousers combination, the Virgin magnate takes casual business wear to new heights.

"Suits and ties in an office are just another type of uniform, but in an arena where uniforms no longer serve any useful purpose,” Sir Richard once said in an interview with Entrepreneur. “At one time they probably showed that the wearer was, at the very least, able to purchase and maintain a fairly expensive piece of fabric. Now, however, in an individualized, interconnected culture, your achievements speak for themselves. The suit and tie is an anachronism." 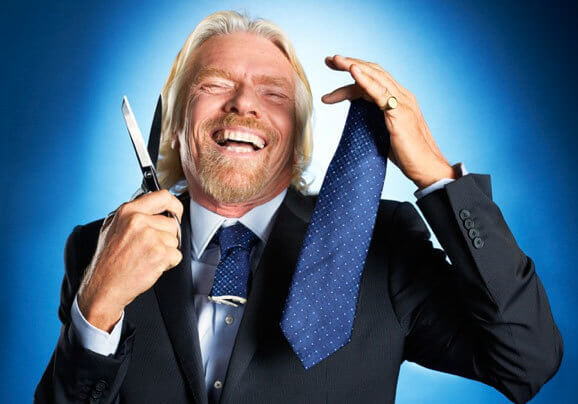 So what Branson is basically is saying is that, as far as he is concerned, the suit and tie are a dated combination that we no longer need to be enslaved to. Our actions speak for themselves and there shouldn’t be a mandatory requirement to represent in this way. He has a point of course, but isn’t it all down to personal taste and the dress code of your company? What Branson has done is to open up the debate of business clothing, allowing new options and combinations to be worn with less danger of prejudice or judgement.

So, if you’re inspired to try a more relaxed approach to your clothing, then set in Sir Branson;s shoes with an open necked cotton or linen mix shirt, teamed with chinos and loafers. Conversely, if you’re not in any hurry to thrown away the suit and tie then you can always maintain this look on most days but give yourself a Branson break every now again and go casual.

Next up, we couldn’t proceed any further without mentioning Mark Zuckerberg, the founding father of Facebook and boy has he shaken things up in our everyday lives. Not particularly experimental in his fashion choices, he is definitely notable for championing the concept of the grey T-shirt as his uniform. 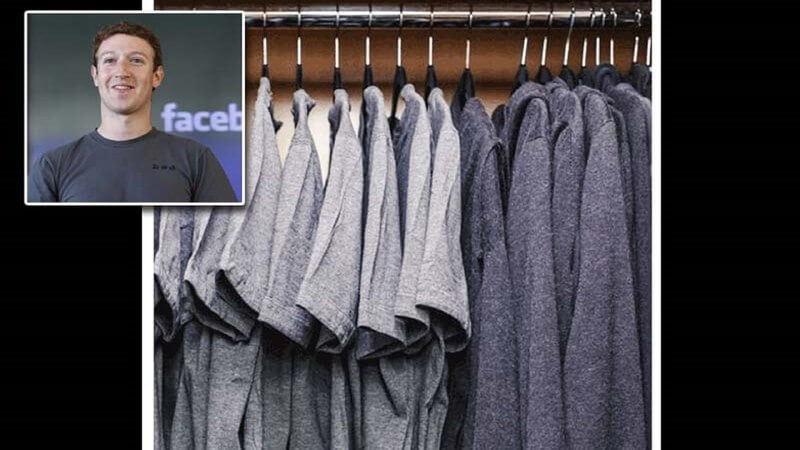 “I really want to clear my life to make it so that I have to make as few decisions as possible about anything, except how to best serve this community,” Zuckerberg has said of his ‘choice minimalist’ wardrobe selections.

Sometimes accused of a certain pathology in his clothing choices, Zuckerberg is not averse to donning a suit and tie when the occasion calls for it. Like meeting Barack Obama, or the president of China or indeed during the $2 billion dollar court case he faced in 2017. Despite his commitment to grey T-shirts and hoodies, Zuckerberg does know when to bring out the big guns in suit terms when it matters. We just wish he paid a little more attention to the fit. If you want to get yourself some Silicon-valley style, then Mr. Draper has a range of combinations you can try. From shirts to T-shirts, trousers and blazers – we can help you select some new and exciting minimalist combinations..

There can be no bigger style export than David Beckham. From world-class footballer to fashion giant, brand Beckham is synonymous with impeccable taste and effortless style. Whether it’s a three-piece suit or a fitted T-shirt and slim-fit jeans, Beckham consistently scores with his wardrobe choices.

Casual wear is something that doesn’t need to be over the top. Beckham looks good because he sticks to classic outfits and always pairs them with the right accessories, bringing his own personality to the fore. He’s been known to style a red checked shirt over a grey T-shirt for a comfortable, casual outfit. Or you’ll often see him sporting a crisp, white T-shirt and slim-fit jeans with box-fresh sneakers. 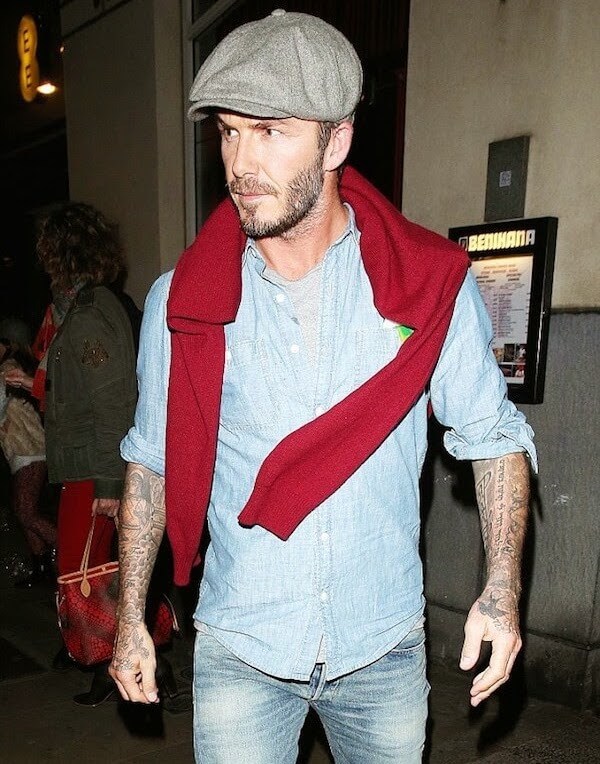 To trend it like Beckham, style a checked shirt over a grey T-shirt for a comfortable, but masculine outfit. Team these with dark blue, slim-fit jeans and brown leather boots and you’ve got the makings of a winning look.

Okay, so not strictly speaking a CEO but Canadian Prime Minister Justin Trudeau’s impeccably polished style has been one to watch for some time. From a formal perspective, Trudeau’s suits are kept slim and modern, setting an unofficial standard that we can all aspire to copy. Some of his sharpest looks include a three-piece charcoal suit teamed with a crisp white shirt and silver tie. He even manages to carry off ‘happy’ socks and red ties. 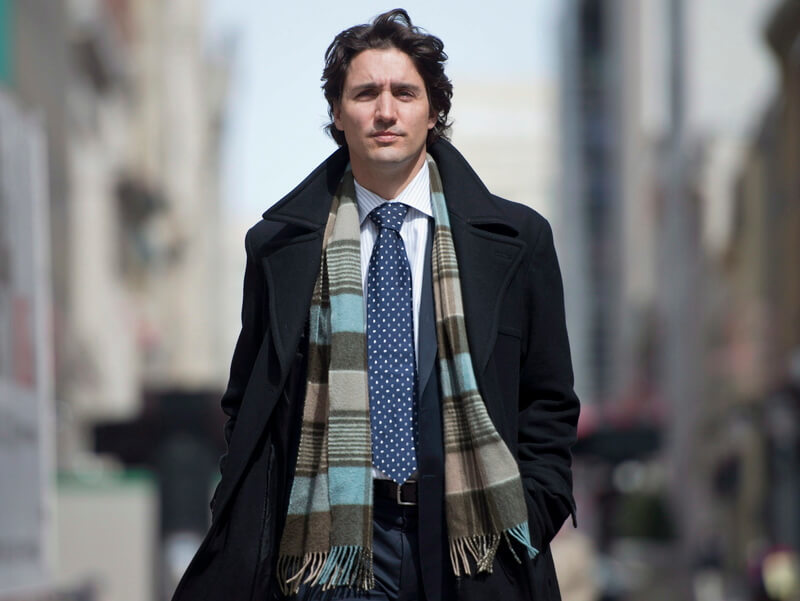 To achieve one of Trudeau’s more casual, clean-cut looks, go for a classic navy blazer, matched with a light blue, open collared shirt and some beige chinos? You can always add a twist of personality with some vibrant socks and a stylish pocket square.

Imran Amed has emerged as one of fashion’s leading writers and commentators. He is CEO and editor-in-chief of The Business of Fashion (BoF), which he conceived from his front room. As a fashion writer and commentator, Amed practises what he preaches. Small in stature, he makes every piece of clothing work for him – from a double-breasted camel jacket teamed with a patterned cravat and white shirt, through to a single buttoned blazer with T-shirt accompaniment. All of Amed’s fashion choices are deliberate and effective. 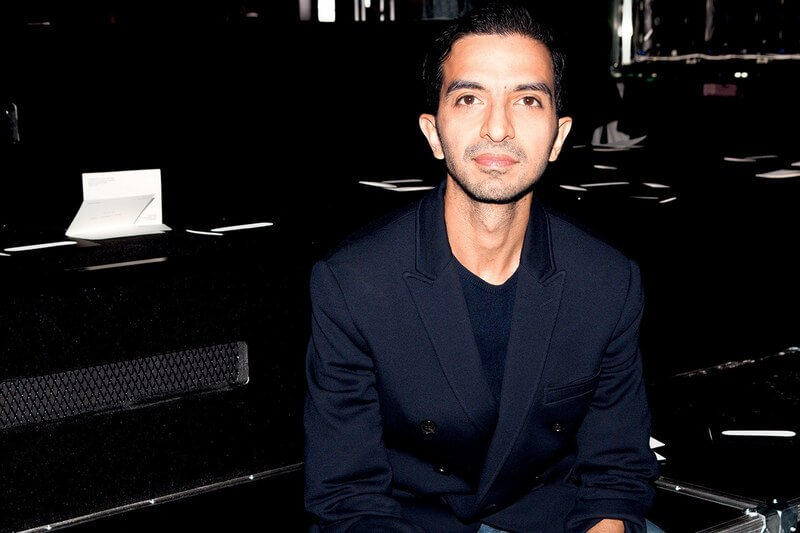 Give Amed’s style a go yourself with a coloured cravat and open necked shirt. Perfect for warmer climates – this classic combo captures a timeless yet charismatic look.

One of the most successful rappers and businessmen of the last 20 years, Jay-Z is a giant of the fashion and music worlds. His clothing company, Rocawear, represents the Sean Carter style perfectly with black jeans, graphic tees and varsity jackets. But Jay-Z is no stranger to a suit either. He has the ability to switch from the traditional dinner jacket to an all-black blazer with a V-neck sweater underneath. In Jay-Z’s world anything goes, but it’s always done with style and precision. 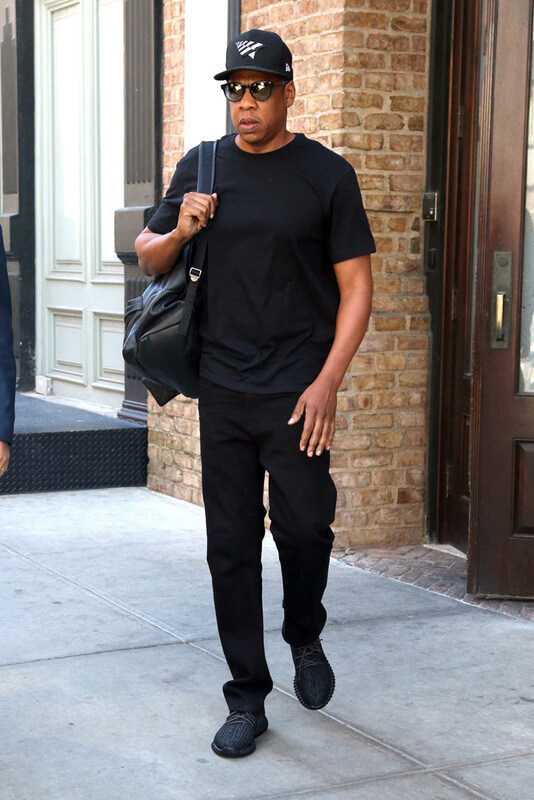 You don’t have to dress like a rapper to emulate Jay-Z. But you can definitely have fun combining elements of street style with more traditional mainstays. Whatever your budget or wherever you’re at, we can offer you a range of style choices – from the Jay-Z ‘jacket and tee’ through to a more hip-hop inspired black T-shirt and black jeans.

Youngest son of the iconic fashion guru Ralph Lauren, David Lauren is keeping his father’s dynasty well and truly alive. Celebrating 50 years of style and finesse, the Ralph Lauren brand epitomises the preppy American look we’ve all come to know and love. A classic sportswear brand with a strong association with polo, Ralph Lauren go to great lengths in their attention to detail with materials and textures. The Ralph Lauren polo shirt is an iconic piece that’s been copied by many other fashion houses and brands over the years. 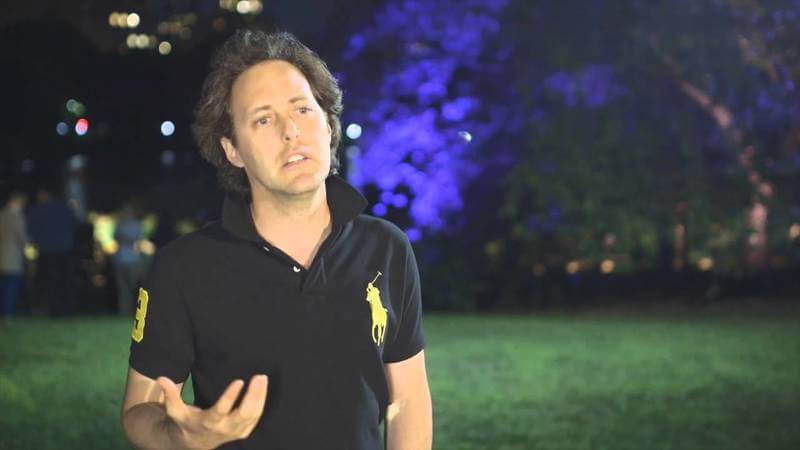 To achieve the Ralph Lauren look, inspired by David, team a classic polo shirt with lightweight chinos and a blazer or experiment with a polo shirt and suit, for a more relaxed early evening dinner engagement look.

Now it’s time for a double helping of fashion dynamics and choices synonymous with the world of the social media CEO. First up, Jack Dorsey, who heads up Twitter and Square, pioneers a different version of the laidback CEO uniform – one that's a lot edgier and much more luxurious. As Steve Jobs established the turtleneck, jeans and sneakers, so Dorsey has gone one step further, often turning up at industry events in a leather jacket over a T-shirt, paired with jeans and sneakers.

This choice of clothing places Dorsey more in line with the new generation of menswear consumers than a traditional CEO. They also make him stand apart at industry events. Get his look with a black tee, biker jacket and slim jeans.

Arguably one of the richest and most philanthropic men in the world, Bill Gates is a legendary figure of our times. When budget is no option, then the sky is the limit. So, how does Bill Gates choose to represent himself in the clothing he selects?

Successful people often have the confidence to dress simply. For several decades, Gates has set his standard with jeans, ties and suits. But the look he always seems to return to is the humble sweater and button-down shirt. This simple, straight up combination is the signature calling card of one of world's most powerful men. It gives him a wholesome vibe that people trust. 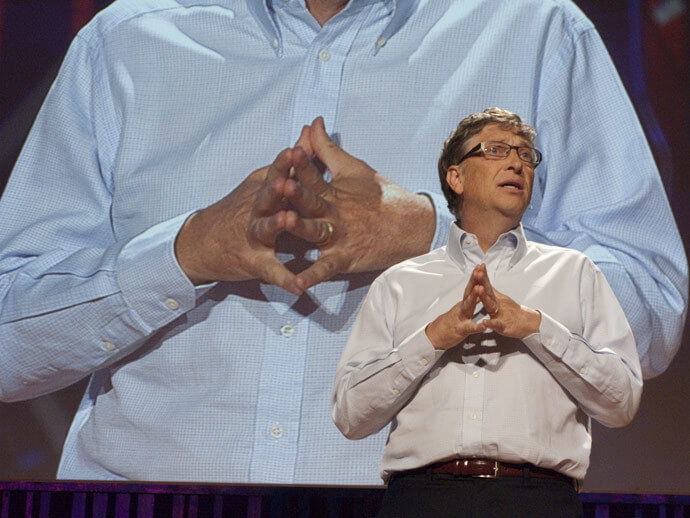 If Bill can do it, then so can you. At Mr. Draper, you can choose what suits you best.We offer a range of outfits, including classic button-down shirts and sweaters (aka the "Bill"), that you can piece together to create a range of fabulous looks suitable for any occasion

What can we say about Tom Ford that’s not been said before? With a suit as his uniform, Ford never fails to impress. The Tom Ford ‘look’, for the most part, is a black two-button suit with a white shirt underneath, topped off with black leather shoes and his trademark ‘swagtastic’ ‘70s sunglasses. If you’ve seen it once you’ve seen it a thousand times. And yet, it never, ever loses its appeal. 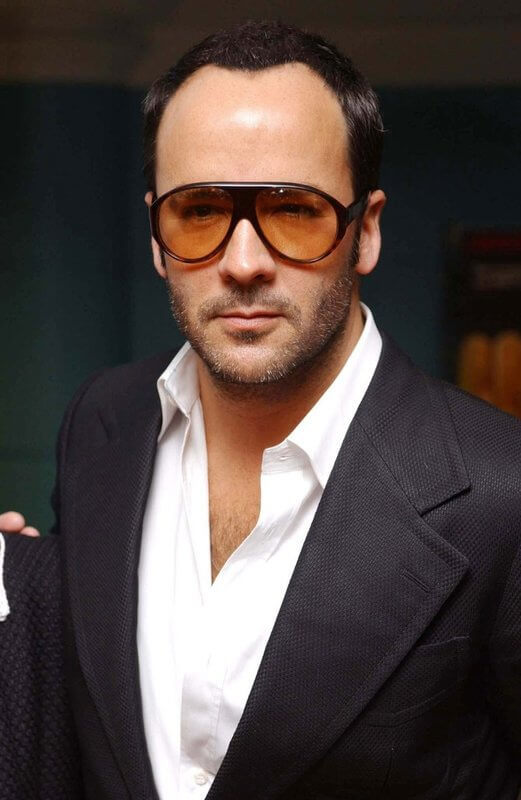 The lesson here is that if you’ve found something that works for you, then stick to it. And who better to follow in this mantra than the legendary Tom Ford. You can still put in some effort and get dressed up, but without sacrificing your sense of ease. We can help you to tap into Ford’s sense of suave, with smart shirts, pocket squares and plenty of style guru tips.

Mr. Draper’s tips for the top

At Mr. Draper, we will always advise you to:

1. Keep it simple,
2. Find a style and shape that fits like a glove.
3. Take your time and go for quality.
4. Embrace timeless trends.

Your wardrobe is your friend and so are we. Offering support, advice and solutions, at Mr. Draper our aim is to help you look and feel fantastic. Start today!

Get Started
More by Mr. Draper